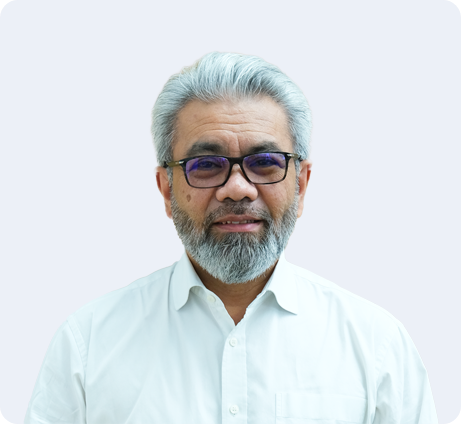 Afiz was appointed Chief Enterprise Business Officer on 1 December 2022. Prior to that, he was the Chief Operations Officer (Technology) and Chief Enterprise Business Officer of Celcom. Afiz began his career in 1990 as an analyst programmer before spending 13 years at IBM Malaysia, at which he became the General Manager for Public Sector and was part of the company’s senior management team and business council. He joined Maxis Bhd in 2006 as the Head of Broadband and was promoted to Vice President of Maxis Home Services in 2010. He then joined Celcom and held multiple various senior leadership roles including Chief Advanced Data Officer, Chief Digital Services Officer, and Chief Business Services and Solutions Officer. He was also the Managing Director of On Site Services Sdn Bhd, a subsidiary of edotco Malaysia, Axiata Group.

Afiz holds a Bachelor of Science in Computer Science from the California State University, Fresno, USA.